The first song ever produced was a song that I’d been working on since I got my Korg X3 sequencing keyboard in 1993. I tried to complete that song, but the hardware limitations of the X3, as well as dependency on other expensive hardware (that I didn’t own) relegated that song to the internals of the keyboard, seemingly dooming it to be “trapped” within the X3 forever. Until Reason prevailed.

I was working on that song forever. After programming the basics into the X3’s sequencer, I began improving it, tweaking it, perfecting it. Funny thing, perfection… it never lets you complete a task on a productive schedule. 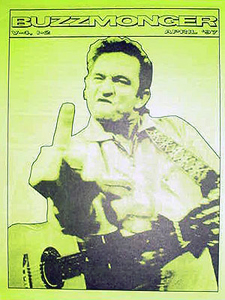 In September 1996, Meat Beat Manifesto was touring through Dallas at the Deep Ellum Live venue. I was working as an event photographer for Buzzmonger Magazine, and was assigned to do event photography and also interview Meat Beat Manifesto’s lead man, Jack Dangers. I asked the battery of questions one would expect from a music magazine interviewer, but I had one question I needed to ask Jack. “Why is it that your remix albums always sound better than the versions on the parent album?!?”. I was enlightened to learn that you work on a song, NOT until it’s perfect (there is no such thing), but just work on it until “there aren’t any elements that piss you off”. This allows you to actually FINISH a song instead of working on it forever. Later if you have continued inspiration on that song, or want to take it in a new direction, or just remove a few elements that started to bother you… build a remix of the song. That explained why the remixes always seemed more “thought out” than their original incarnations. 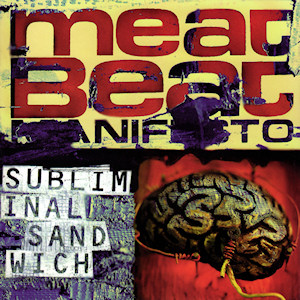 Fast forward to Christmas 2000. I got Reason and started to get busy. I began duplicating my “trapped opus” into Reason. I spent the next few weeks getting it to the point where I was happy enough to call it finished (applying what I learned from my interview with Jack Dangers). WHAT A RELIEF! My mind began to swim with thoughts of the next songs. I was doing some DJ appearances around 2002 at the now-defunct SandBar in Deep Ellum with James Parker. I used our sets there to debut my music to the public.